Cibo Matto reunite with Sean Lennon at the Brooklyn Bowl

Posted on September 9, 2011 by photographybykeena

I guess I shouldn’t have, being as that it’d been awhile since Cibo Matto had performed, but I was genuinely surprised to see the entire floor swell when they appeared on stage. At first it seemed strange. Standing in a bowling alley where people were actually bowling. Bodies were scattered around the seemingly large room so it was difficult for me to gage who was there for the music and who was there for the game. But as soon as Yuka Honda and Miho Hatori appeared the noise of the balls hitting the pins disappeared, the chatter ceased, the room felt ten times too small and I knew it was time. Time to decide whether or not I was up for the fight towards the front of the stage. I won’t bore you with the logistical details but here are a few of my favorite images from that evening. And oh, by the way. Miho and Sean Lennon performed one of the most beautiful renditions of “Moonchild” I’ve ever heard … 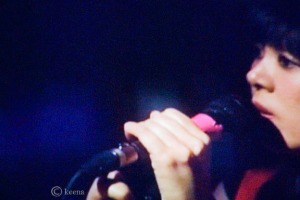 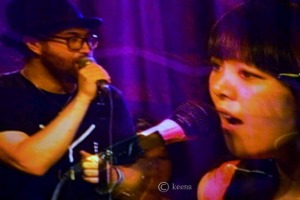