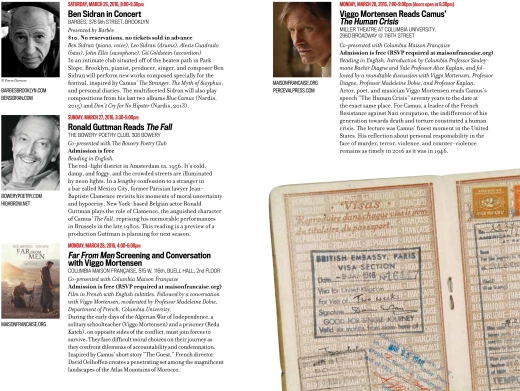 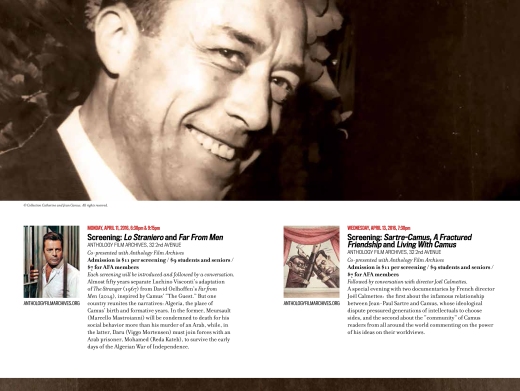 2016 marked the 70th anniversary of Albert Camus’ one and only trip to the U.S.A. To commemorate this extraordinary event historian Stephen Petrus along with the Camus Estate organized a number of events which took place in and around New York City.

To understand the magnitude of the programming you must have a sense of the brilliant curation that went behind the planning of “Camus: A Stranger in the City”:

Viggo Mortensen read Camus’ speech “The Human Crisis” seventy years to the date in the exact same location – Columbia University. A few days later Eric Andersen performed with the legendary David Amram in an effervescent artistic space in Williamsburg while the last and final evening culminated with Patti Smith reading from her favorite Camus works.

To say it was a privilege to be handling the social media announcements for the entire series of “Camus: A Stranger in the City” doesn’t even come close to describing the honor at having been a part of this historic event. As a teenager I was inspired by Camus’ book “The Stranger” (what Cure fan wasn’t?) and it was an absolute pleasure working closely with all those involved.

The programming ran from March 26, 2016 – April 19th, 2016 and, if interested, you can still view the Camus’ social media pages as they’re being perserved for archival purposes.