The Dandies and Meat Puppets killed it

Posted on September 1, 2011 by photographybykeena

My brother Brian and I were scheduled to be in Belgium on the 19th. That was, until, we heard The Dandies were going to be performing on the 18th. So we left Paris a day early, took the train to Antwerp, checked into Le Tissu, and proceeded to head over to Trix. As we were walking along we stumbled upon this fantastic tavern. I loved the way it looked from the outside so, without much convincing from me, Brian and I entered Taverne MoreTus. Taverne MoreTus is run by Martine (who’s one of the nicest people I’ve ever met) and her husband. After our first drink Martine, Brian and I all got to talking. Before I knew it the guy at the end of the bar joined in and my brother and I were being given directions on the best route to take to get to Trix. The regular local (the guy from the end of the bar) kept insisting while pointing at the map “walk up this street. When you get to the old building make a right …” Ummmm … this is Belgium. Which old building would that be? Needless to say, Martine ended up winning the debate which means she called Brian and I a cab and in a matter of minutes we arrived at Trix’s doorstep. Shortly thereafter The Dandies, finding themselves on the third night of their tour with Meat Puppets, hit the stage and rocked it! They played a number of new songs which I was hearing for the first time. I can say with confidence that the new songs are the best they’ve written to date (aside from my personal favorite “I’m Running”). Here are a few pictures from their set (video to follow): 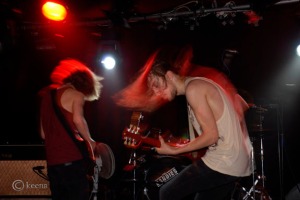 The Dandies Dimitri and Adi 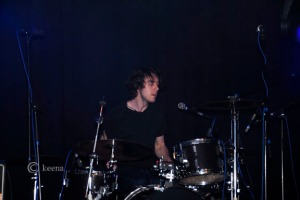 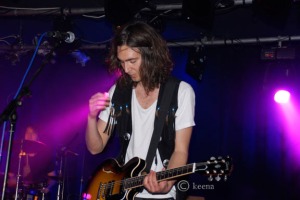 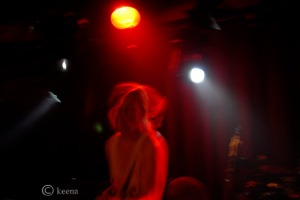 1 Response to The Dandies and Meat Puppets killed it